The adventure on tap for today was to find a hiking trail that was close to home that we haven’t hiked before. We’re lucky in the Durham area to be so close to Duke Forest and the Eno river.

After a bit of online searching with coffee and couch time, we settled on New Hope Creek North. Parking was at Hollow Rock Nature Park off Erwin Rd. From there we crossed the road (despite explicit advice from signs that say do not cross the road, which I had never seen anything like) and headed north.

The morning was cold and the trail was covered in fall leaves. After a little bit of downhill through the woods we came to the creek and proceeded to turn the wrong way. After a little bit of backtracking we trekked up Piney Mountain and along the river until the spot marked “bridge”, before turning around and hiking back.

This hike along the river was incredibly scenic, full of spots where it would be nice to stop on a sunny day and have lunch. You can see the water winding its way through giant boulders in quite a few places. There was a little bit of stream crossing, bank climbing, and rock climbing involved that makes this trail exciting.

There was no current bridge to be found at the spot marked bridge. Only the remnants of where you can imagine a bridge might have been. I should probably check out Open Street Maps and see if there is a “way” here and tag it appropriately.

We were on the north side of the creek, and we could see lots of rock overhangs on the south side that might make interesting spots to hang out. In one location there was a large tree that fell across the river that looked too inviting NOT to climb. We skipped it today because it was just too cold to risk it – but maybe someday we’ll be back.

This tree looks like it came down during hurricane Michael. It was blocking the trail so we had to go around on the root side. 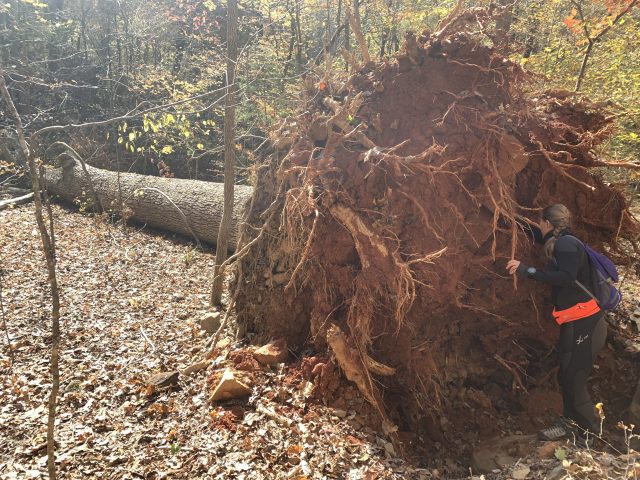 There were boulders lifted up with the root ball. I’m guessing this tree was here for a long time. One hundred years? More? 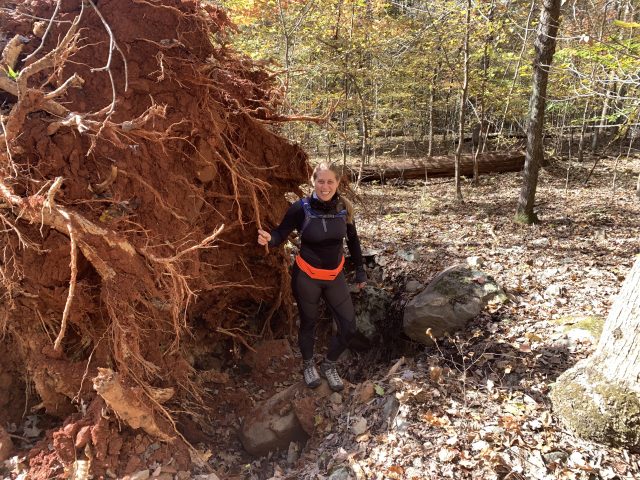 There were lots of interesting spots to get up close and personal with the running water. On a sunny day I can imagine this being a great spot to hang out. 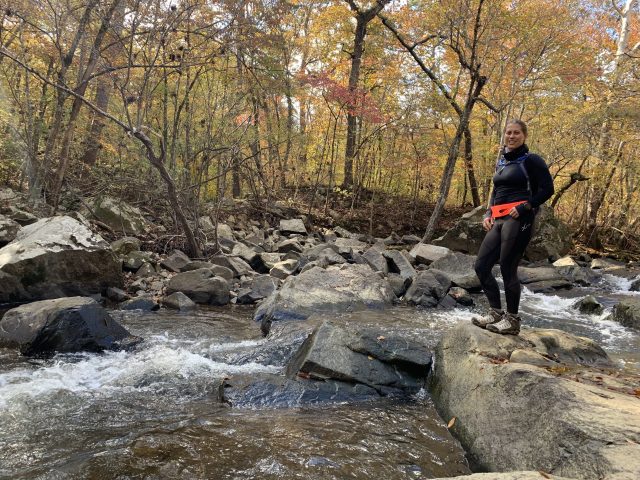 I had to do a little introduction exercise when I moved over to the marketing team as a Tech Marketing Engineer. I had to share some things you wouldn’t learn on my LinkedIn Profile with the team. I thought it was fun to walk through and worth reposting here!

I just married the woman of my dreams (Kat) who was born in Germany but moved to Florida when she was young. She says y’all with a mixed German and Southern accent and it melts my heart. When we got married we smiled so much our faces hurt. We’re both still amazed that our lives turned out this way and we get to live our dreams. 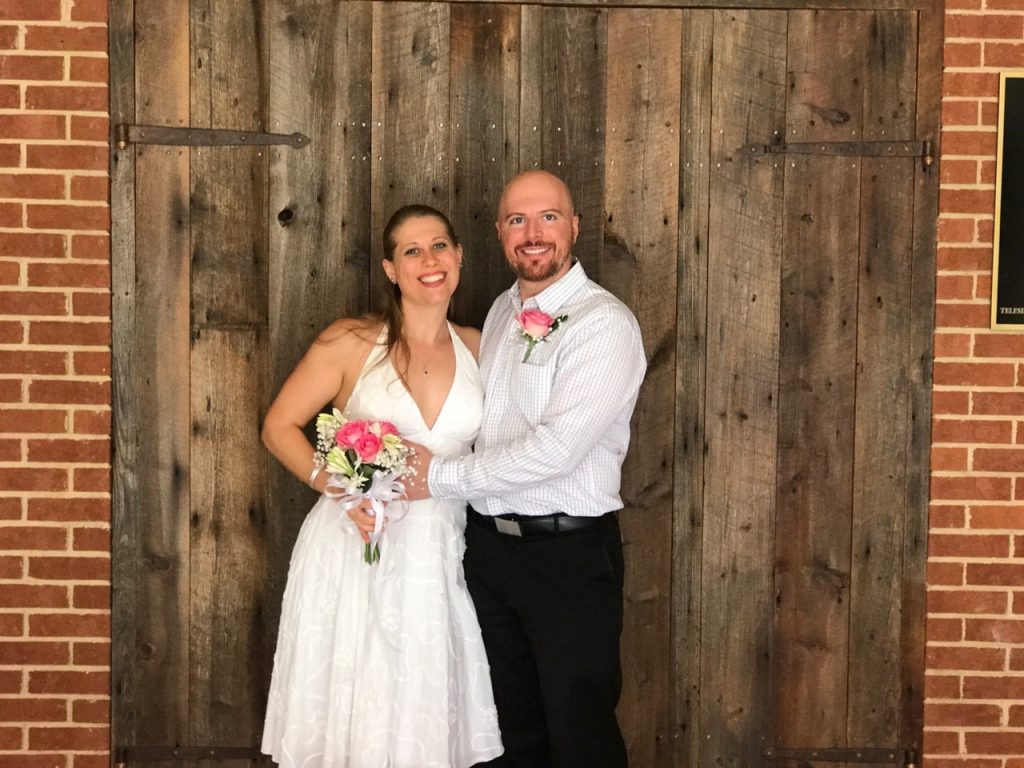 Despite my mild mannered appearance, I like to live life dangerously. In addition to the rock climbing with my wife, you can find me riding motorcycles, snowboarding, or my one true guilty pleasure, eating Chipotle on my walk to and from HQ and the SJC airport. 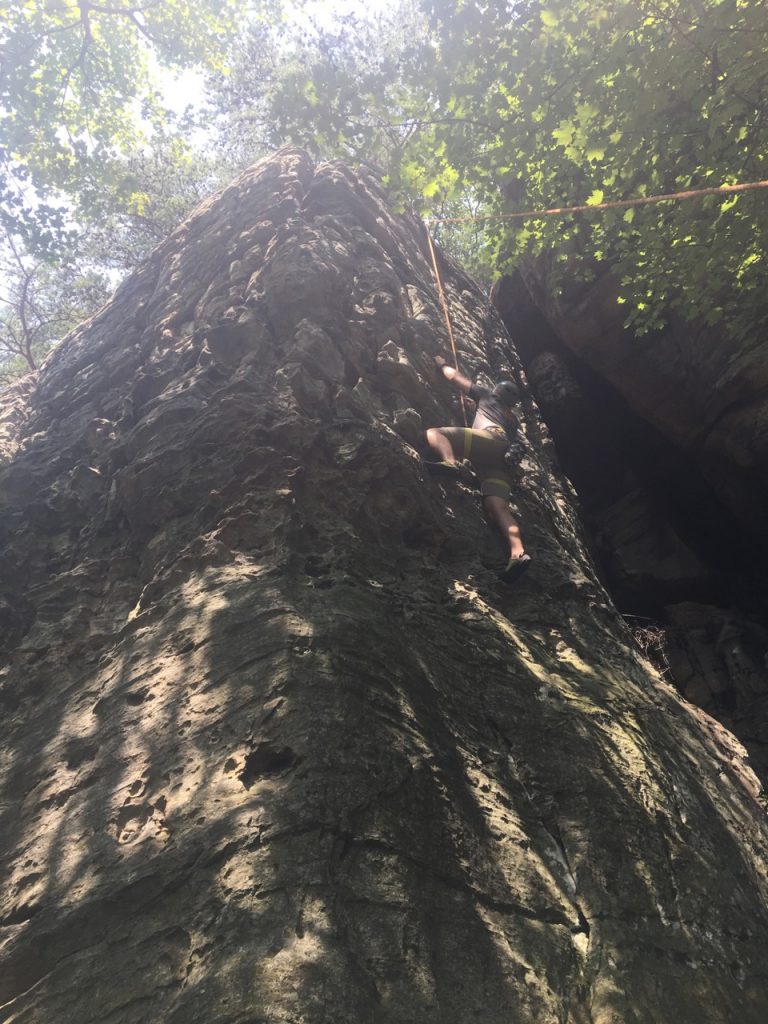 I’m a Tough Mudder finisher. You’ll find me out crawling through the mud once a year. 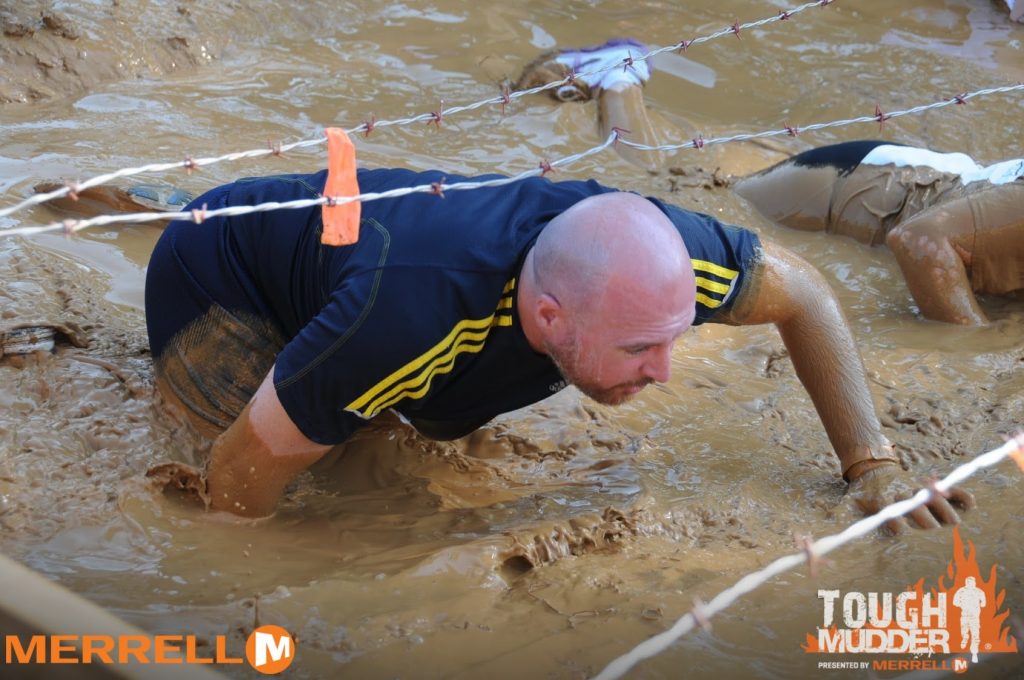 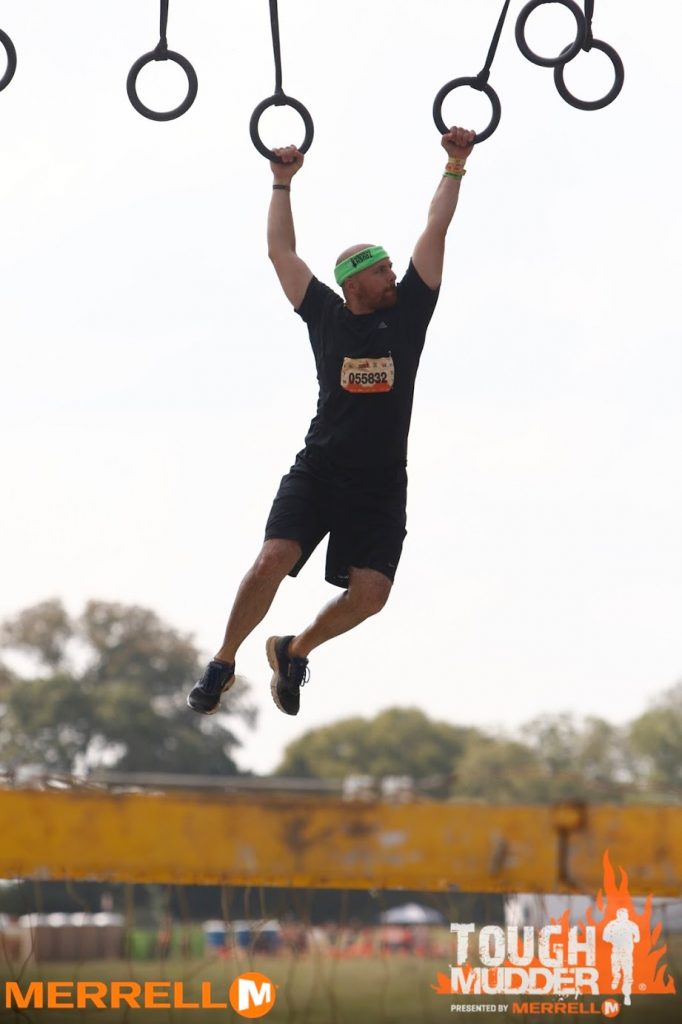 Our long term goal is to move to a walkable city (maybe in Germany or the Netherlands) and spend summer nights walking between cafes. Especially Eiscafés

I used to say “I’d never run unless someone was chasing me.” Well I’ve finally reached that point.

I woke up one morning this past winter and realized I was going to be woefully unprepared for an upcoming snowboarding trip. My belly would throw off my balance, causing me to bounce and roll down the entire mountain. I’d be dead tired just halfway down my first run. If I screwed up enough I could actually be dead.

It could happen because my mental image of myself no longer matched up with the image in the mirror (to say nothing of the scale). Somehow I’d lost touch with my actual self. Dirt biking, mountain biking, snowboarding, all of these things were no longer in easy reach. I saw myself as a fit 20 something rather than the fat, bald 30 something I was.

On top of the life and death safety issues, it would also be a huge waste of money to go on a big week-long snowboarding vacation (where the whole point is peak physical activity) to be stuck taking half days or resting on my ass most of the time.

Let’s be pragmatic here. Death is terrible, sure, but wasting money and vacation time is unacceptable.

Thanks to my friend Heather I bought a FitBit Charge HR and the Aria scale. Tech toys! Things I can hook up to my WiFi!

The plan was to use these as motivators to be a little more active. Take the stairs more often, walk a little bit more, have friendly competition, see how much I ACTUALLY weigh each day.

The plan worked a lot better than expected!

Three things really combined to help me out.

Tracking my progress was amazing. At first there were absolutely no weight loss changes, but even on the very first day you can see how many steps you take, how many flights of stairs you climb. A pretty graph is drawn of every stat you can imagine. You can challenge yourself to do more everything!

Not only can you challenge yourself, you can see how many steps your friends are getting. Friend some folks, challenge them, beat them. Be beaten yourself by friends who constantly seem to be more active than you!! It’s a huge motivator to see that other people are along for the ride. It’s satisfying to look at the charts and see you’re at the top, but still encouraging when you don’t make the top yet your friends with busier lives than you’ll ever have are still killing it.

That chart above is probably the number one long term motivator. Without the scale and without weight-loss-goal progress I don’t know if I could have kept up the activity day after day, month after month. Sometimes you want to come home from work and take a nap. How do you fight that urge to nap and instead go walk a few miles? Knowing that you’re being tracked, that you set a goal, that you’re competing, and that you are working for progress, these things are HUGE to keeping up with the work.

How did FitBit tracking steps and losing weight turn into running?

This is a problem primarily of metrics. The metrics you track are the metrics you’ll improve. FitBit tracks many things, but mainly steps. 10,000 steps is the default step goal per day.

I started this whole process walking, but the weather wasn’t always great, so it would be treadmill time for me 🙁 I’d listen to podcasts and audio books but getting all the steps in could take a LONG time at 4 miles per hour. Who has an hour to walk on a treadmill?

Week 2: What’s faster than walking? Jogging a little? Crank that speed up. Wow – the steps just fly by!

Week 12: That run club that meets at the brewery I like seems cool, and I have friends that go. It’s only 4 miles, I’ll take a rest or two.

Today: Man, work is taking so long today. I can’t wait to get home and run.

So You Think You Can Run?

Now I guess I’m a runner. I have a desire to get out there and run. I look forward to it. I run with friends. I run alone. I do it for me.

Not sure where this is going next. Hopefully the running persists. I doubt I’ll enter any races, but then again I said I’d never run.

I’ve been wrong before. Maybe I was being chased all along and it just took me a while to realize it.