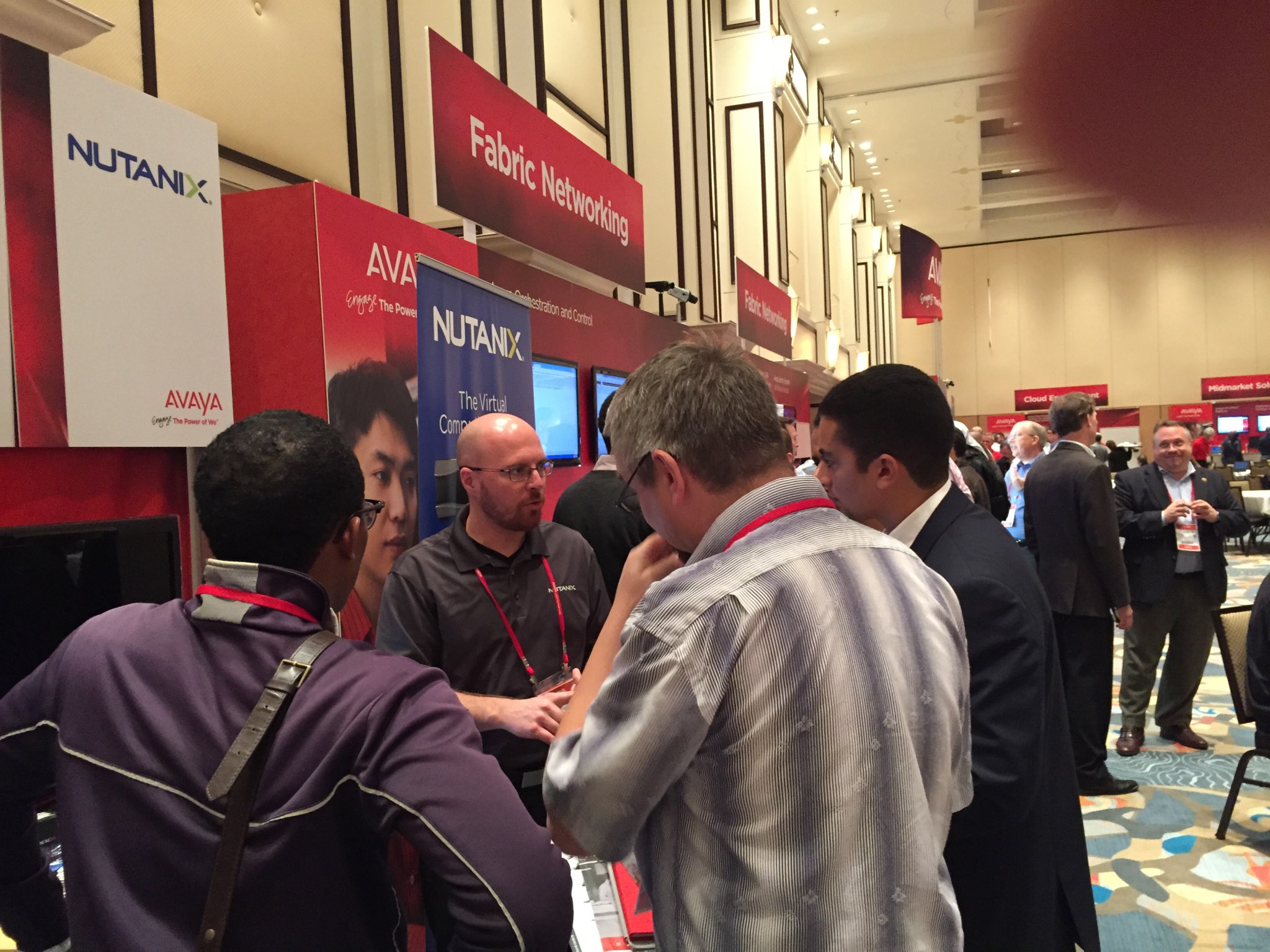 The Avaya Technology Forum in Orlando was a great success! Thanks to everyone who attended and showed interest in Nutanix by stopping at the booth. I met a lot of interested potential customers and partners and was also able to learn more about what people are virtualizing these days. There is nothing quite like asking people directly “What virtualization projects do you have coming up?”

After talking about Nutanix and what I do on the Solutions team, some key themes I heard repeated by attendees were:

“When will you have a document for Avaya Aura?”

The response to the first one is easy. Yeah, I think it’s really cool technology too. Nutanix will allow you to compress a traditional three tier architecture into just a few rack units. It gives you the benefits of locally attached fast flash storage AND the benefits of a shared storage pool. Customers can use this to save money, improve performance, and focus on their applications instead of their infrastructure. After you compress you also have the ability to scale up the number of nodes in the Nutanix cluster with no hard limit in place. Performance grows directly with cluster growth.

The second question is actually why I’m writing this blog today. When will the reference architecture for Avaya Aura on Nutanix be completed?

I’m in the research phase now because Avaya Aura is a monster of an application. It’s actually a set of dozens of different systems that all work together. Each system will have its own requirements for virtualization. Part of getting a reference architecture or best practices guide right is figuring out what each individual component requires to succeed.

Let’s give an example by looking at the Avaya Aura Virtual Environment overview doc. This list is the number of different OVAs that are available:

Each of the applications listed above is a separate OVA file available from Avaya. Each application has its own sizing, configuration, and redundancy guides. To deploy an Aura solution you can use some, or all of these components.

An Aura document on Nutanix is in the works, but it’s going to be a lot of WORK. I plan on focusing on just the core components at first and a few sample deployments to cover the majority of cases.

I’ve read every single Avaya Virtual Environment document and now just need to compile this information into an easy to digest Nutanix-centric format. In the meantime if you have Avaya Aura questions on Nutanix feel free to reach out to me @bbbburns

The great thing so far is that I don’t see any potential road blocks to deploying Aura on Nutanix. In fact at the ATF we performed a demo Aura deployment on a single Nutanix 3460 block (4 nodes). We demonstrated Nutanix node failure and Aura call survivability of the active calls and video conferences.

Part of the challenge of deploying any virtual application, especially real time applications, is that low-latency is KING. This was repeated over and over by all the Avaya Aura experts at the conference. Aura doesn’t use storage very heavily, but since it’s a real-time app the performance better be there when the app asks for it. All the war stories around virtualizing Aura dealt with oversubscribed hosts, oversubscribed storage, or contention for resources.

Deploying Aura on Nutanix is going to eliminate these concerns! Aura apps will ALWAYS have fast storage access. There will never be any contention because our architecture precludes it. I’m excited to work on projects like this because I know customers are going to save HUGE amounts of money while also gaining performance and reliability.

We really will change your approach to the data center.